Concert for a Cause

Combine the seductive, burning vocals of Leroy Winn with energetic solos of Harp, sax-man Josh Beatty and guitarist “Professor” Dan Becker and Larry Stigler with the rock solid rhythm section of drummer Patrick “Big” Lovelace and bass man Charles Johnson, you’ll be left in a euphoric state that makes you want to jump back and kiss yourself. The Soul Papas is the most versatile musical yum fest around.

100% of the proceeds from ticket sales will be donated to the Aurora Area Interfaith Food Pantry to continue to feed people and their souls.

Tickets are $10 and can be purchased by clicking the blue button below: 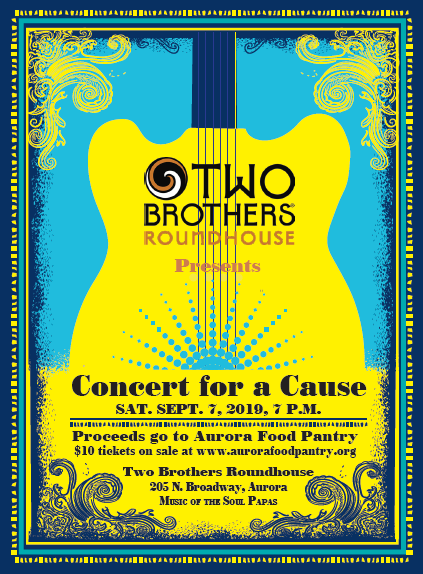