For its Spring Appeal, Aurora Food Pantry decided to do something different this year. Rather than throw a a bunch of data out there, we are going to tell a series of hunger stories. We approached three individuals who have ambition and a personal connection to our mission.  Over the next few weeks, we will share their incredible stories here and on our social media platforms.  What you will find is that all visitors to Aurora Food Pantry are hungry – but not just for food.    As you read each story, think of what you are hungry for.

“God has put me in different places and there has been purpose in what I have been doing,” said J.L. Callison, author of several young adult and children’s books.  J.L.’s writing career began when he came down with a serious illness known as Guillan-Barré syndrome and he and his wife Linda began using the services of Aurora Food Pantry to get the nutrition they needed.

“I couldn’t be more grateful for the attitudes of the people who work there,” he continued. “We don’t feel like failures when we go in. We have friends there.”

Once he was unable to work, J.L. began to search for something to fill his time. “I hate television, it bores me,” he laughed. “I’ve always been a big reader and I hope to be like Louis L’Amour who didn’t think of himself as a writer, but more in the vein of the old storytellers.”

J.L. focuses his writing on young adult stories and has written four books so far. “I prefer to tell stories from a little bit of a different angle,” he said, “so that my readers would think about what an awesome God we serve.
I’m trying to reflect that with my writing. I know God is
the one who provides for me and my focus is on what I’m supposed to do.”

“Hungry man, reach for the book: it is a weapon.” 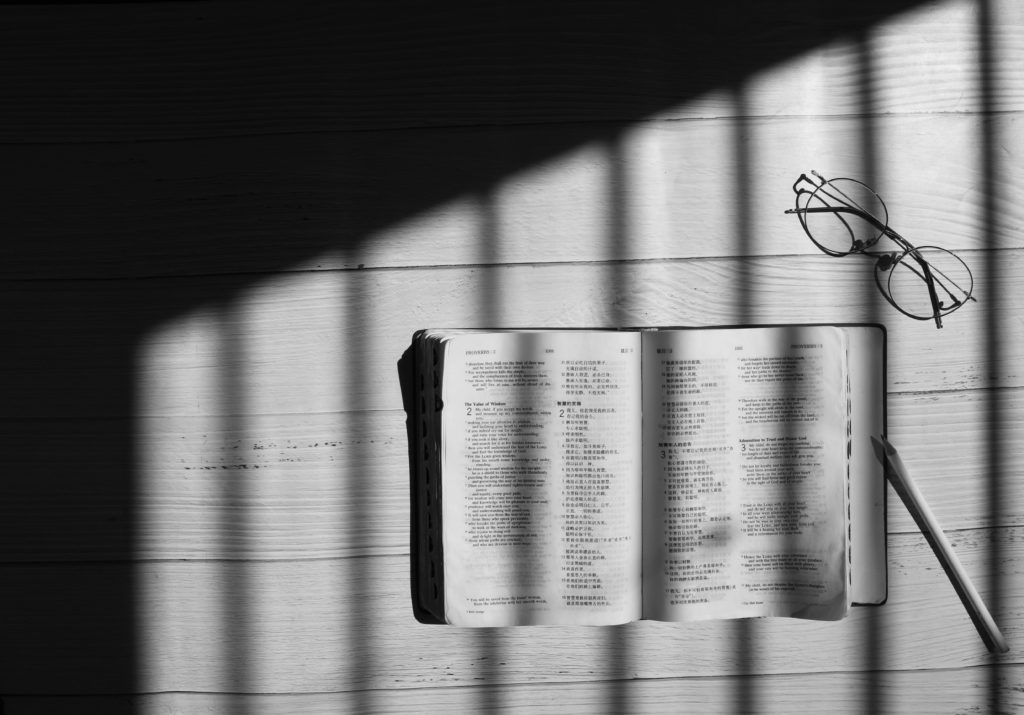 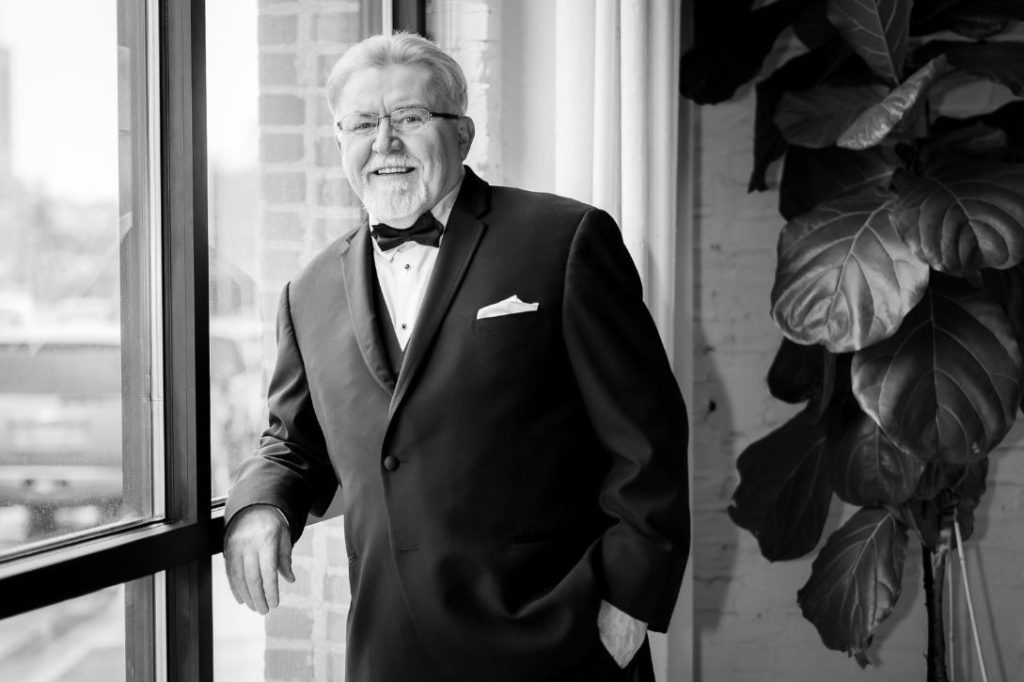 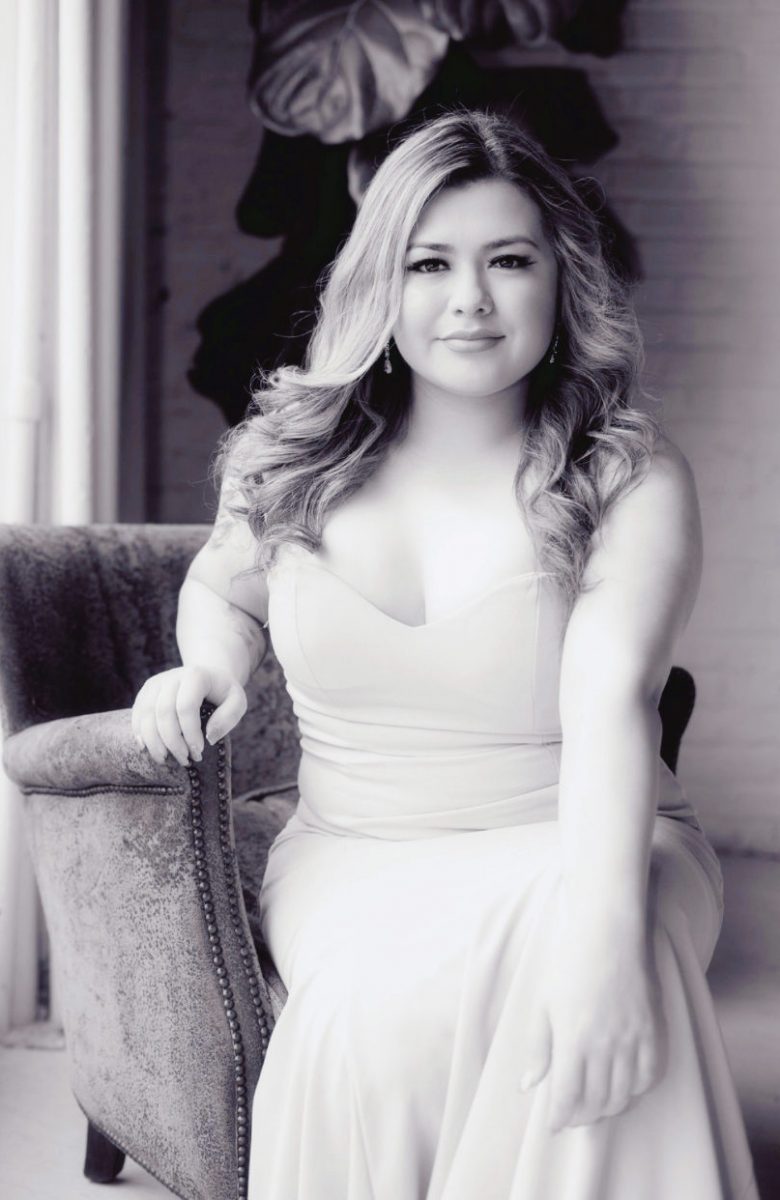 “I’m most proud of my resilience and ability to create opportunities for myself,” said Ellie Esparza, Founder of Concrete Rose Studios and former Executive Development Associate of Aurora Food Pantry.This philosophy has served Ellie well and her achievements are numerous.

At 17, Ellie joined the military where she served four years and attended Illinois State University.

She later rose to manage a public accounting firm as a new mother. She purchased her first home at the age of 23 and recalls her cousin asking where she worked at the time. She responded with “the Aurora Food Pantry.”

Her cousin was familiar with the food pantry. “Do you know all of our moms used to wait in a line that wrapped around River Street just for food?” He said. “That was when she first learned of her close connection to our organization,” Ellie said. Because of this, she spearheaded the mural in the market project as her “last dance”. She credits Fisk and Fer, local artists for donating their time and talents and truly capturing her goal of a “This too shall pass message.”

Today, Ellie has her own Aurora-based, full-service digital branding agency. A testament to everyone’s ability to overcome difficult circumstances. Ellie always stood up for the underdog – in part because she understands their struggles. Having survived the criminality, gun and gang violence in Aurora, Ellie strives to foster opportunity in under-served neighborhoods. She said, “One time we had to move before we even finished unpacking because a rival gang leader lived across the street. And so that was our life, constantly moving.”

“Sometimes it’s not about who has more talent, it’s about who is hungrier.” 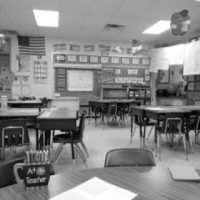 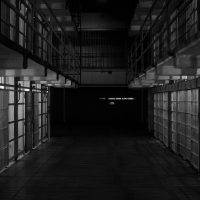 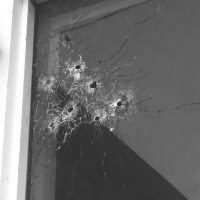 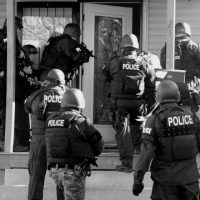 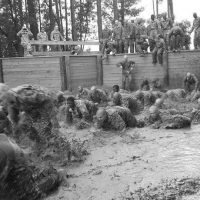 She once advocated for a young boy to be let back into school after a toy gun was found in his backpack. “He never took it out of his backpack,” said Ellie, “nobody was helping him. He had been out of school for weeks.” She collected 20,000 signatures and attended a school board meeting. “The expulsion was rescinded,” she said, “the story was on the cover of The Beacon News, but I just wanted to make it right. For most of the kids from places like me, school is the only exemplary facet of their lives.”

Ellie credits many people and organizations with helping her along the way but one stands out.

“My fourth grade teacher, Ms. Bruno, inspired me to be active in government and policy,” Ellie continued, “and I’m a presenter for Career Night. Just the other day, she delivered a quarantine care package of books… 13 years later and she continues to teach me new things.”

Ellie has parlayed that penchant for helping others as a future candidate for local public office. “I already serve the community,” she said, “but more importantly, I want to empower others to do the same. I truly believe everyone can make a difference. The work is not done.” 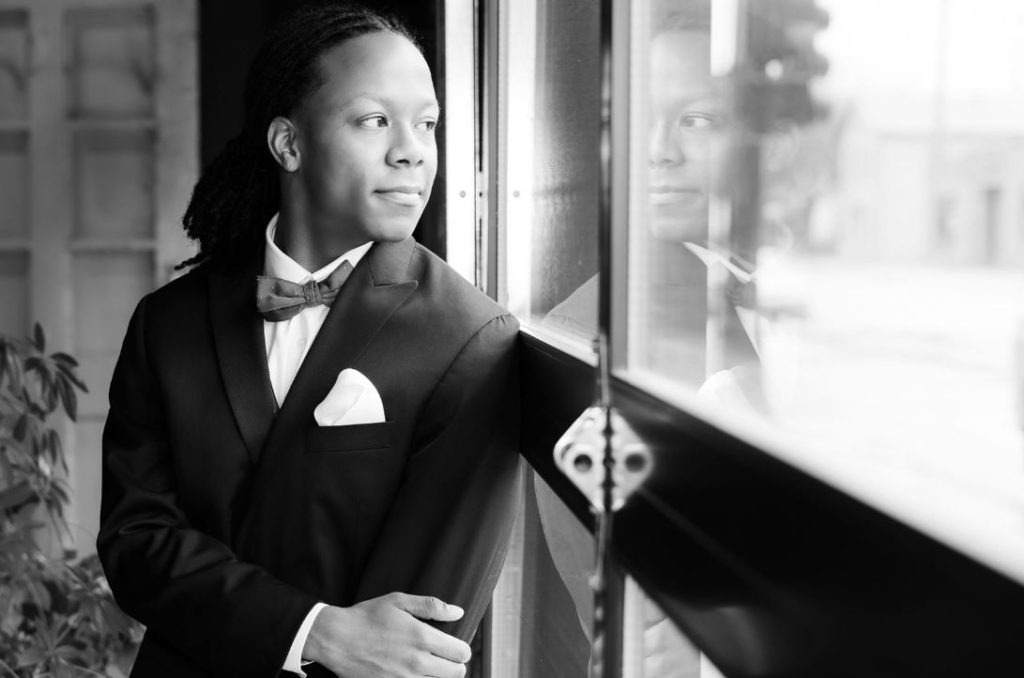 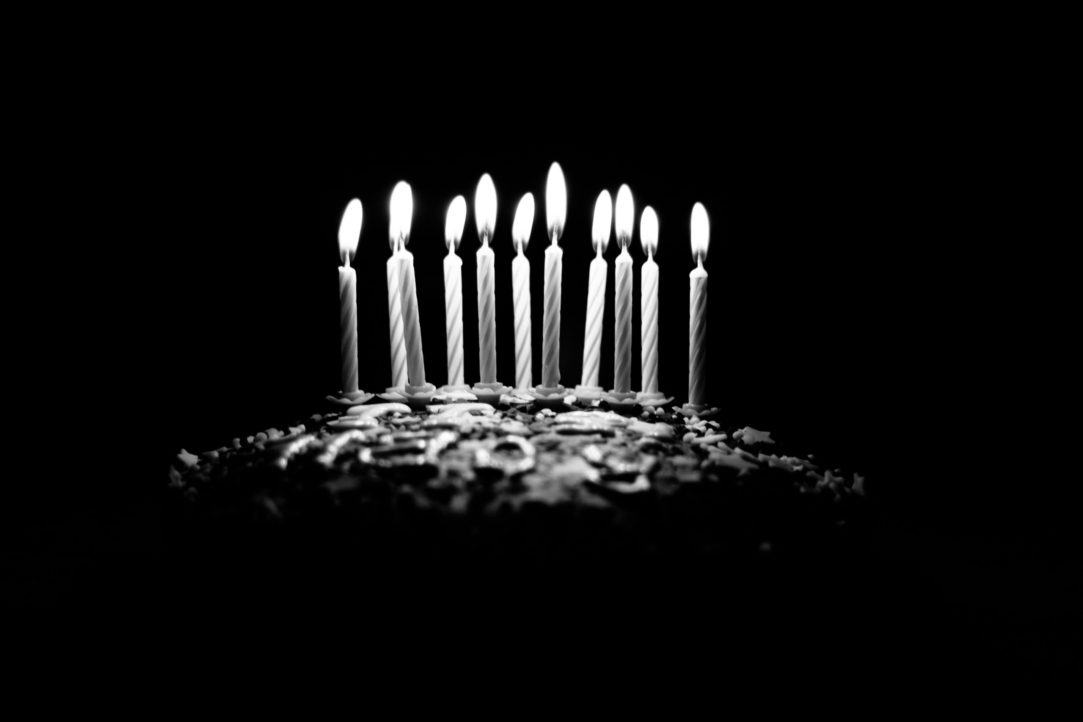 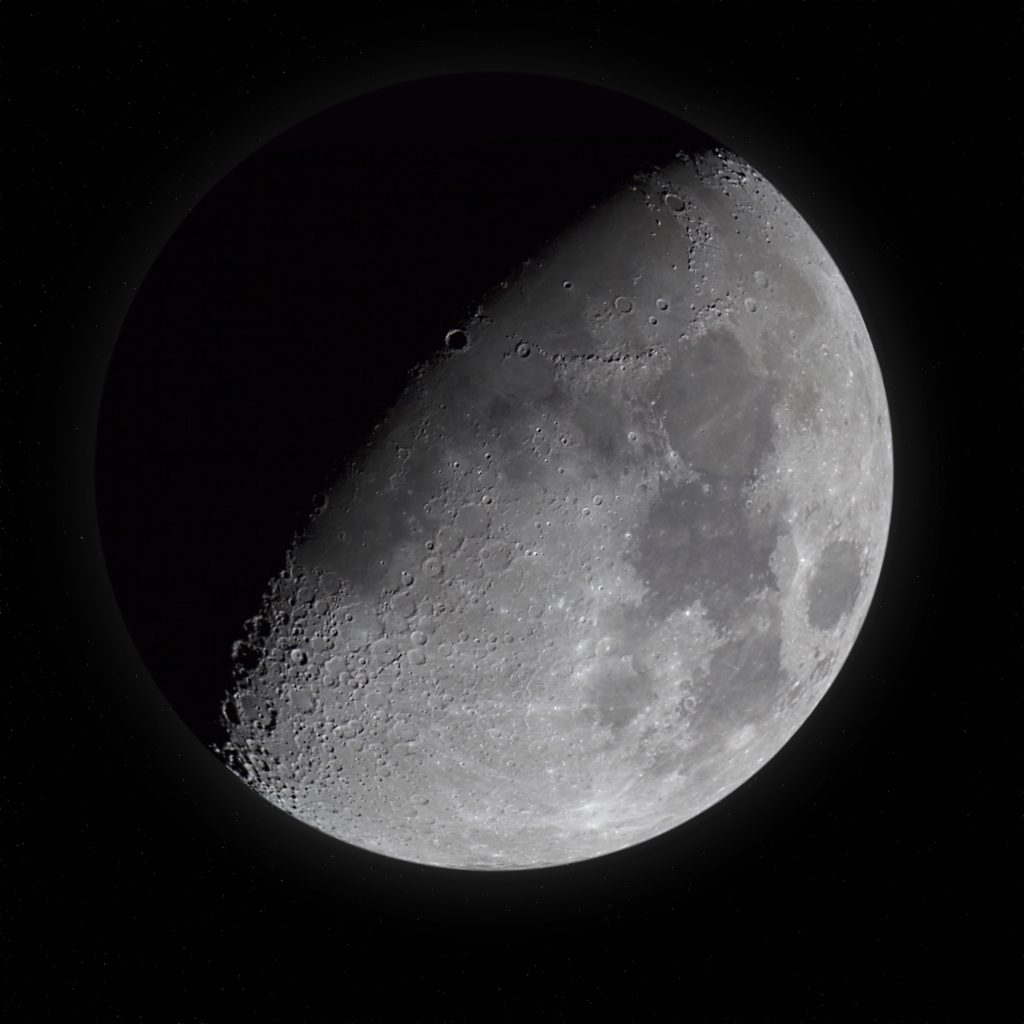 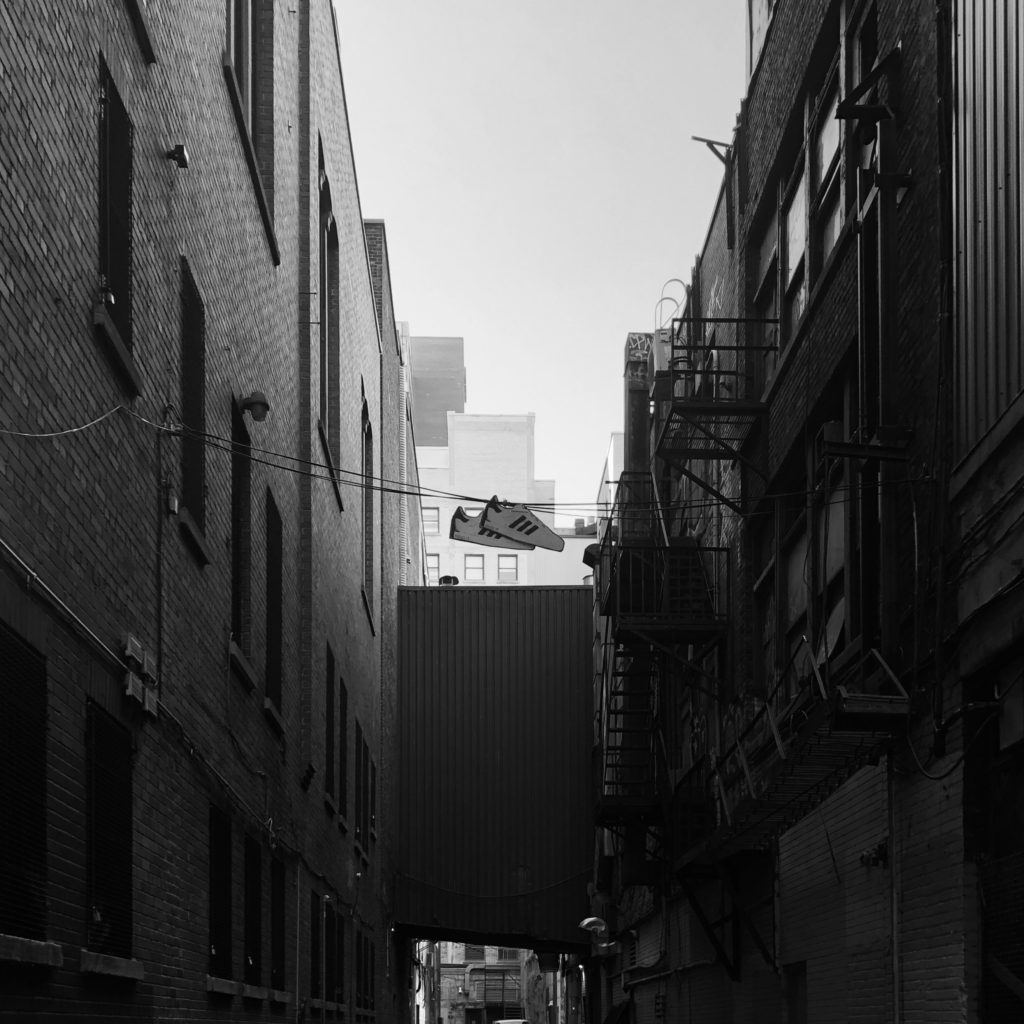 “One of the most important times in my life was when a friend introduced me to wrestling,” said Aurora Food Pantry staff member Joseph Stevenson. “It taught me to be mentally strong — you really need a strong mindset.” “There’s only one winner and one loser,” he continued.     “You can apply those same competitions in life. There are always obstacles and someone pushing through to be better than you.”

Joseph has endured many obstacles in his life. Raised by a single mom who worked in security, they struggled to afford a safe place to live and lived in many places. Since 2013, he and his mother have made Aurora their home.“ When we moved here,” he said, “a neighbor told us about Aurora Food Pantry where we were able to find help getting nutritious food now that my mom is disabled.”

A few months ago, Joseph began working at the Pantry after he learned of an internship opportunity there.

Soon recognized for his hard work, skills and dedication, Joseph was hired on to assist with food recovery and warehouse operations. Jesus Galvan, Joseph’s supervisor, had this to say about the Pantry’s newest employee “He is diligent, responsible and always speaks up with ideas to improve processes. I am really grateful for him.”

Joseph credits many individuals for helping him and most especially one of his high school teachers. “He was a father figure and helped me get through certain things in high school. Someone I could talk to and find advice.” For the future, Joseph would like to go back to school and finish college. He wants to pursue a career in filmmaking and photography — a lifelong ambition. Because of the assistance he has received in his life, Joseph wants to give back to the community. “I like to help people,” he said. “Aurora Food Pantry is a good spot for me.” 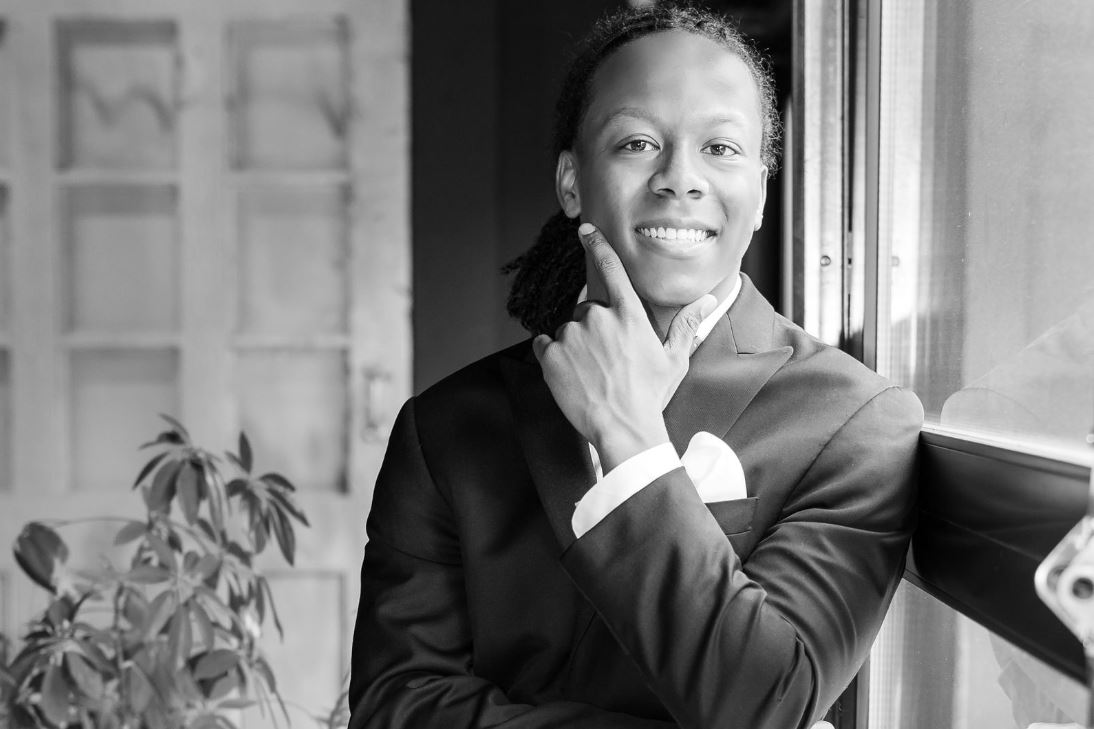 GIVE - FOR THOSE WHO ARE HUNGRY

Supporting Aurora Food Pantry means lifting up incredible people like Joseph. Every Spring, we count on people like you to support our mission to feed 113,000 visitors annually. A $1 donation empowers our program to buy $16 worth of food thanks to our matching sponsors The Lakone Company and Susan Scheuerman. In other words, a little gift can mean a lot for many. Please consider making your tax-deductible gift online or by mail. Photography generously donated by Amy Nelson and complimentary photo shoot venue by Society 57.